Single-cell bacteria, such as amoeba, adhere to each other and form biofilm inside water pipes. Highly permeable solution can penetrate into such biofilm to burst from within.

Water that passes through a pipe fitted with the device increases its penetrability and hence penetrates into biofilm formed as a result of single-cell bacteria attaching to each other. 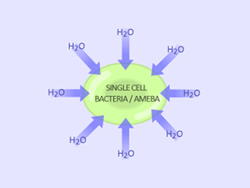 Biofilm bursts from the inside as excessive water penetrates into. 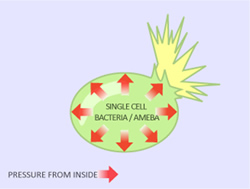 Amoeba and single cell bacteria, which are main causes of biofilm formation, are thus eliminated.

[Test result] Single-cell bacteria were reduced within a designated time. The bacteria incubated at the lab were put in water to see the change in number. The results are shown in the below chart. 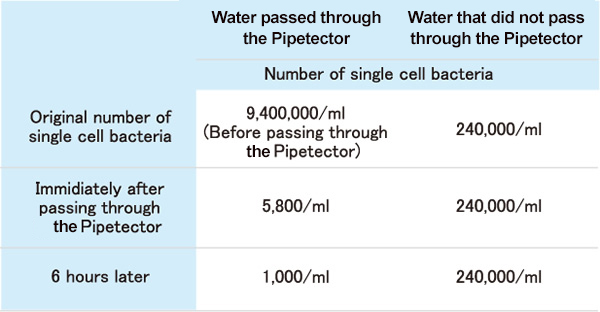